My main area of interest pertains to the study of rotation effects in Relativity, in different contexts, such as gravito-magnetic effects in General Relativity, rotating observers in Special Relativity, gravitational theories that extend GR, such as theories with torsion (Einstein-Cartan, Teleparallel and f(T)…) or higher order theories of gravity (f(R) theories), which have become interesting for their cosmological implications.  Eventually, I am interested in relativistic positioning systems. As for the gravito-magnetic effects, I am interested in studying Solar System space or terrestrial experiments where these effects can be observed; in particular, i am involved in the GINGER project.   I studied the role of rotating observers, in both flat and curved space-time, in order to give an operational definition of the fundamental concepts of time and space, thus helping in fixing some previous ambiguities. In this context, together with Prof. G. Rizzi, I edited a book, Relativity in Rotating Frames, published by Kluwer Academic Publishers (2004).  During my undergraduate work, I studied and compared the Einstein-Cartan theory and the classical theory of defects in an elastic medium: on the basis of the common geometrical foundations of the two theories, an analogy can be built which allows to say that a space-time with curvature and torsion can be considered as an equilibrium state of a four-dimensional continuum filled with defects. I am also interested in extended theories of gravity, such as the f(R) theories, where the gravitational Lagrangian depends on an arbitrary analytic function of the scalar curvature, or f(T) theories, that generalize Teleparallel gravity: in particular I studied their Newtonian and Post-Newtonian limit and, more in general, their compatibility with Solar System tests of gravity.  I am involved in the study of a fully relativistic positioning system, based on the introduction of the so-called emission-coordinates (or light coordinates), which can be used for space navigation around the Earth or in the Solar System (using pulsars’ signals) 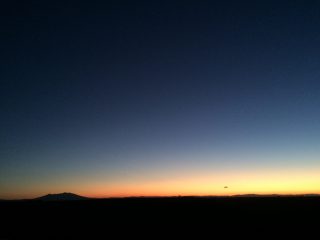